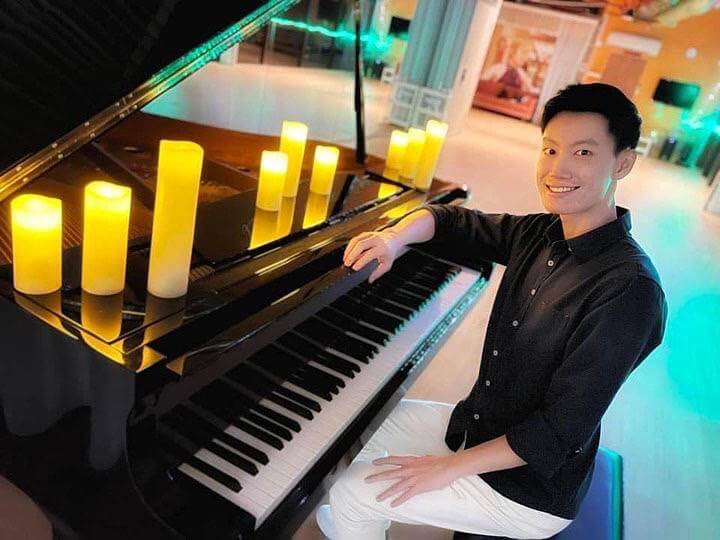 Mr. Jay started his music training at the age of 4 at Yamaha JMC, which has helped him develop strong musicianship skills and the ability to ‘play by ear’.

He attained both ABRSM Grade 8 Piano and Theory with Distinction and his passion led him to further his music studies at the Nanyang Academy of Fine Arts (NAFA) in 2014-2017, majoring Diploma in Piano Performance. 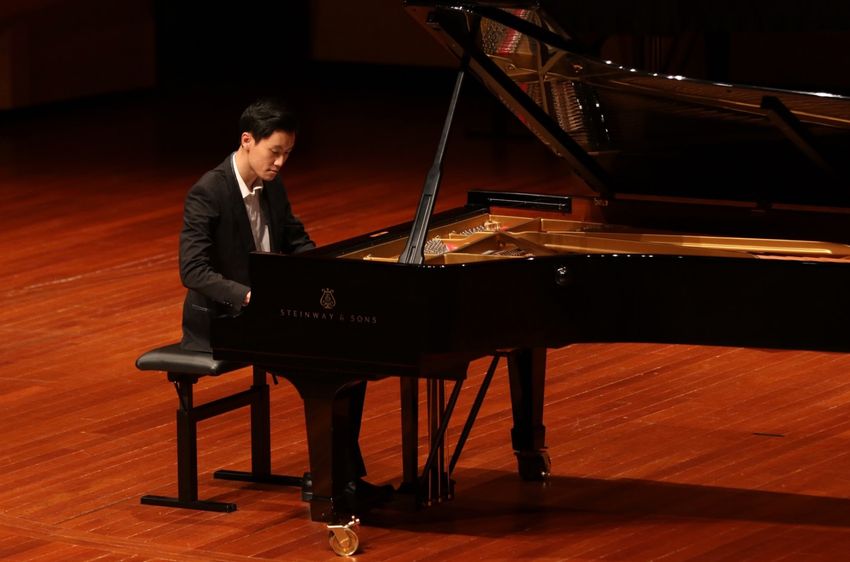 In 2021, he completed his Bachelor in Music (Hons) in NAFA/ RCM and performs regularly. He has taken up conducting and schenkerian analysis during his course of study at NAFA. He has also attained his LTCL in Piano Recital, with Distinction that year.

In 2018, Mr. Jay attended a seminar by ABRSM Chief Examiner on preparation for higher grade exams, which includes ABRSM Grade 8, ARSM and Dip-ABRSM.

He is very familiar with the requirements for exams and has practise methods for individual students including pedagogical approaches such as Kodaly and Dalcroze. 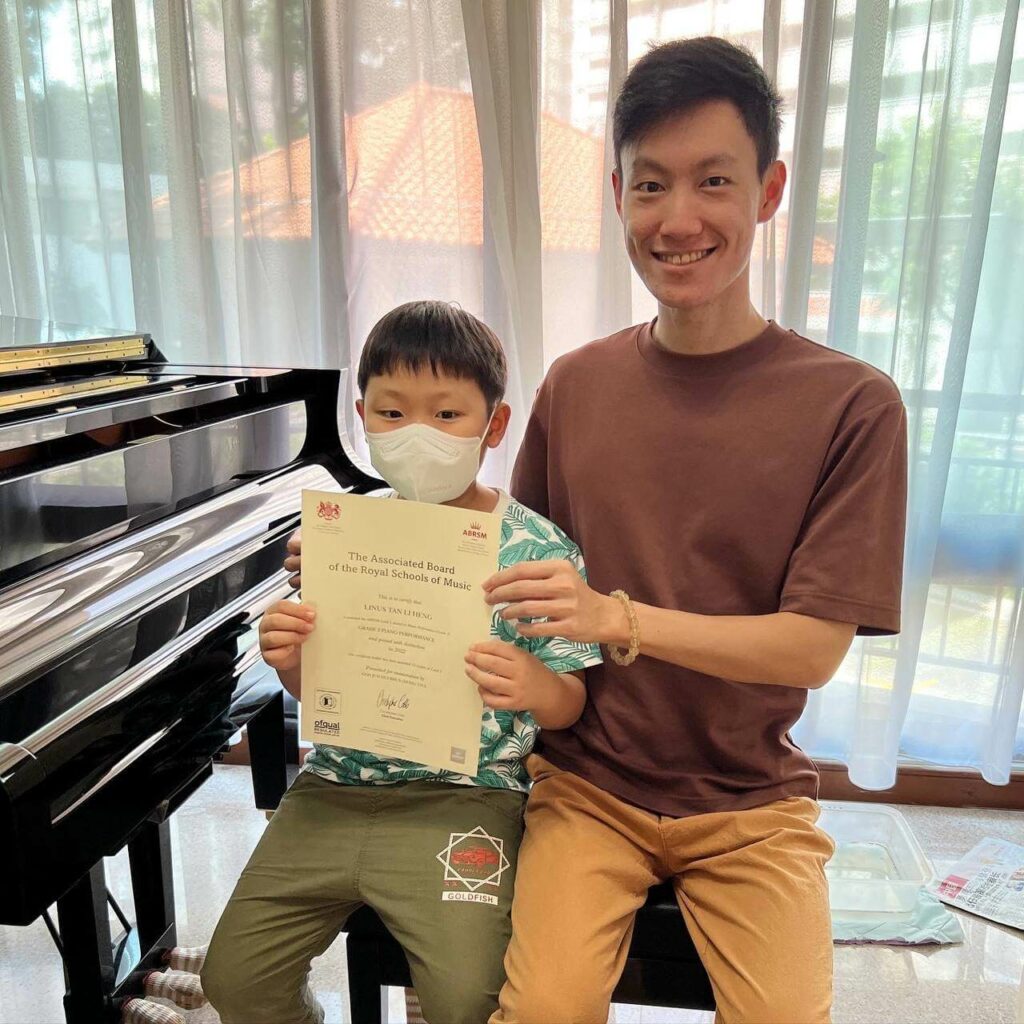 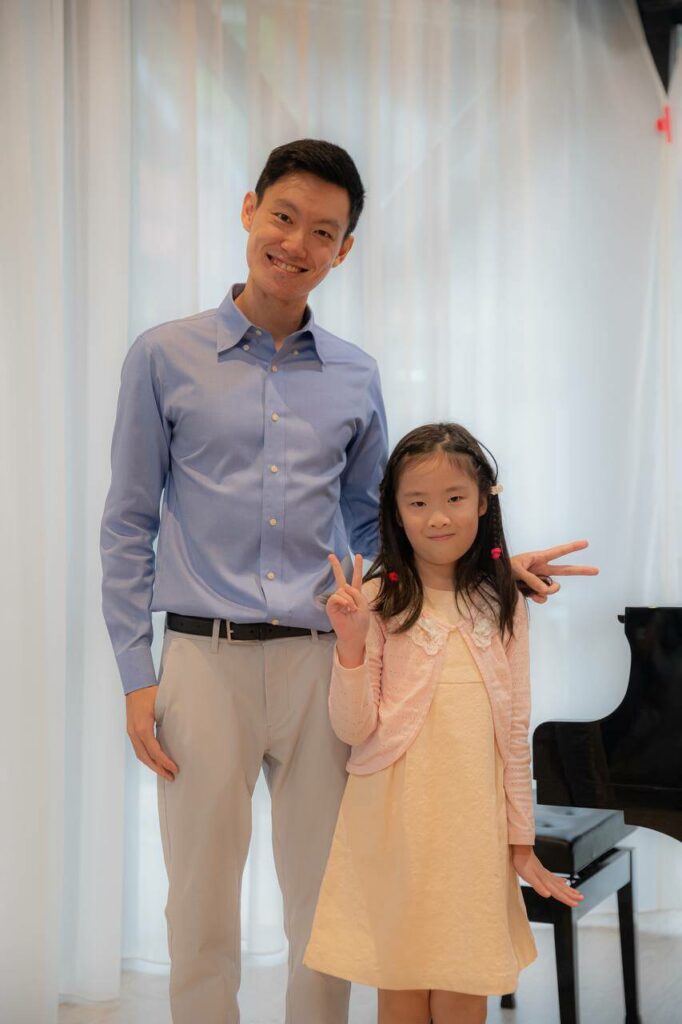 He has taken students for exams with Trinity and ABRSM exam syllabus from Grade 1 to 8, both practical and theory as well as Diploma level for Piano.

Mr Jay also taught at Cristofori Music School as well as private lessons for about 6 years. He is also experienced in teaching O-Level Music, MEP, Yamaha JMC syllabus, music appreciation and pop/ leisure. All of his students examinations are 100% passing rate. 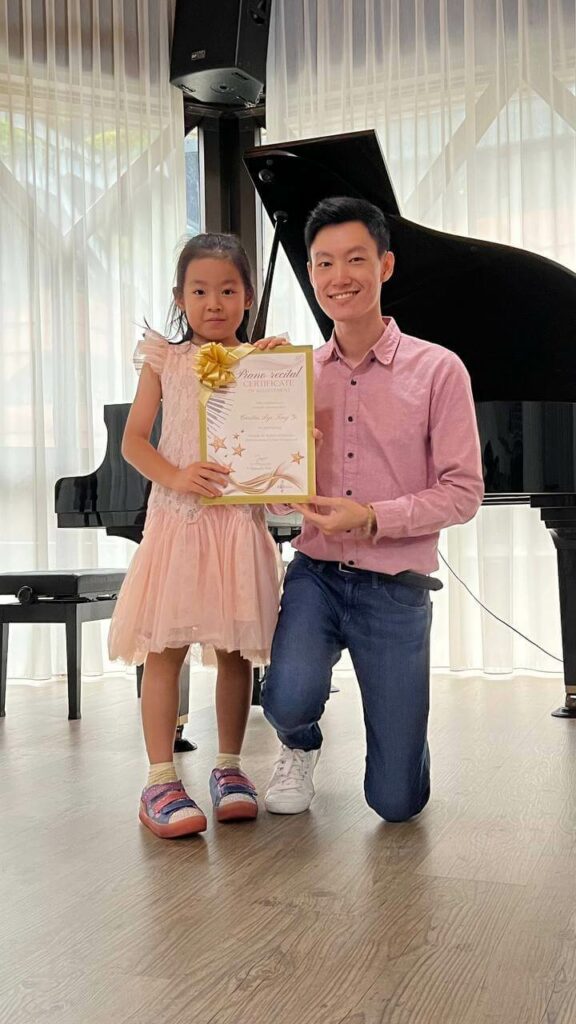 Mr. Jay has performed violin recital at Cristofori Music School as well as piano performance at the Esplanade Concourse and in NAFA regularly.

His vast performing experience leads him to better understand how to prepare his students for performances, exams and competitions. 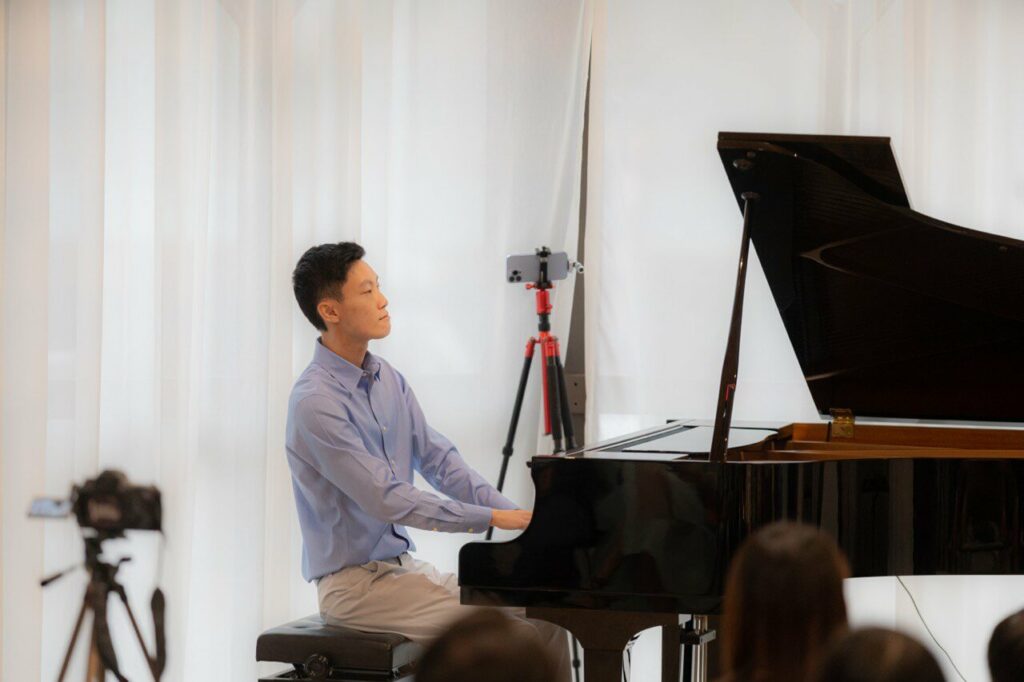 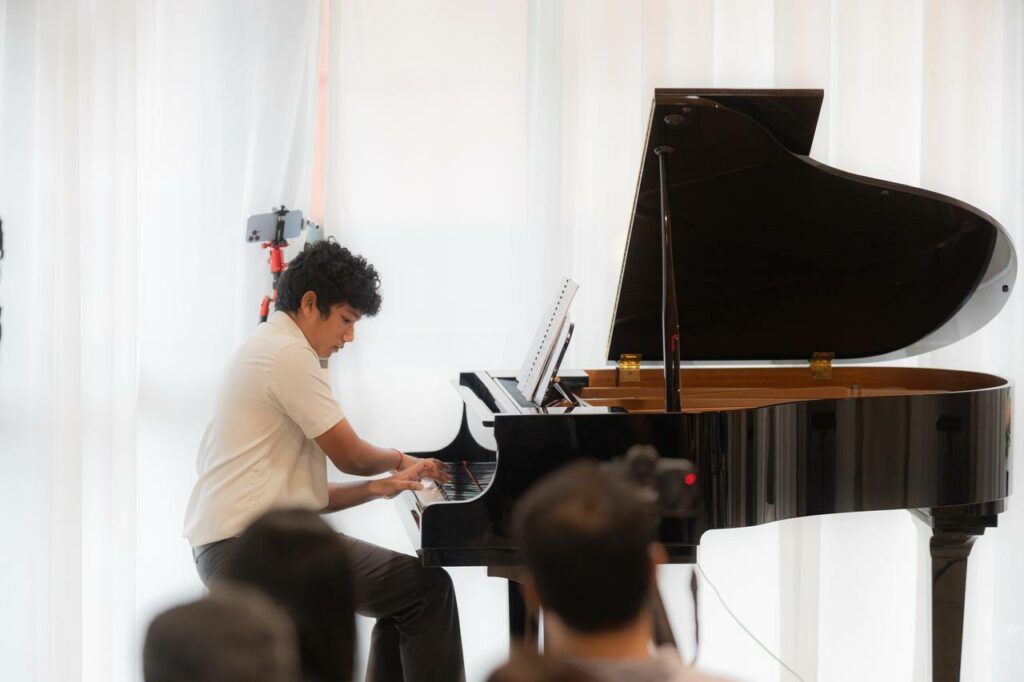 He also sings in NAFA choir and perform in concerts such as Mozart’s Requiem, Beethoven’s Symphony No. 9, Bach’s Magnificat and Bizet’s Carmen at various concert halls including the Esplanade Concert Hall.

Outside of teaching, Mr Jay is also passionate about learning and improving his music playing and teaching skills. In 2015, he traveled to Spain, Camprodon, to attend the XIV Issac Albeniz Summer Music Festival

He had a masterclasses with Prof. Gennady Dzubenko, professor at the Conservatory Issac Albeniz in Girona, School of musical Arts “LUTHIER” in Barcelona & Prof. Rena Phua, former head of keyboard department at NAFA, Singapore. He has played in a masterclass for Prof. Robert Winter at the Nanyang Academy of Fine Arts in 2015, on the fortepiano. 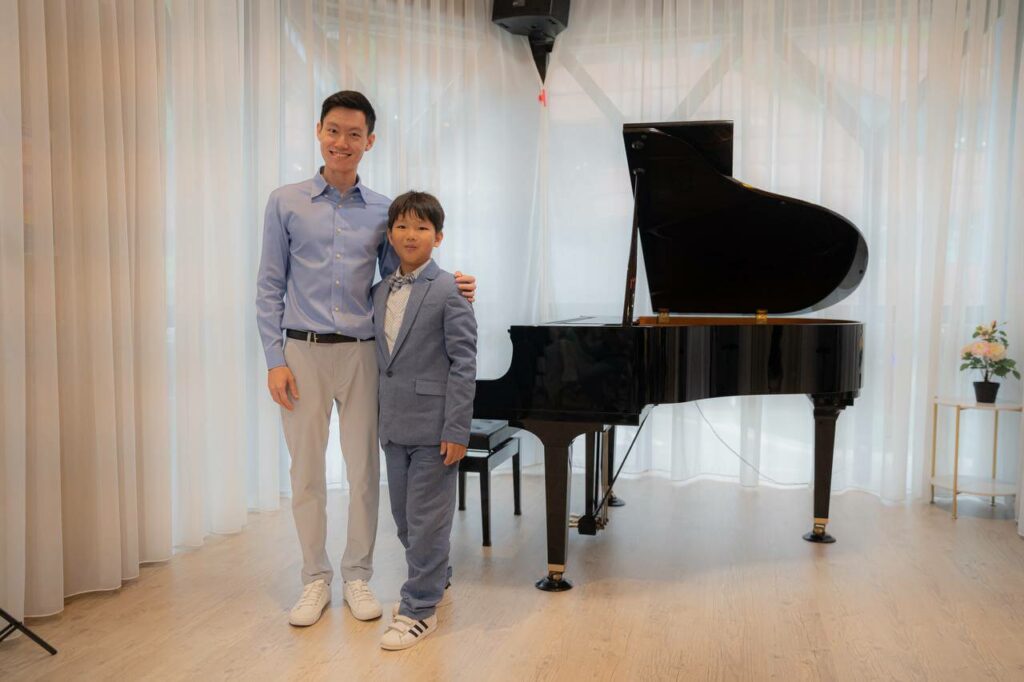 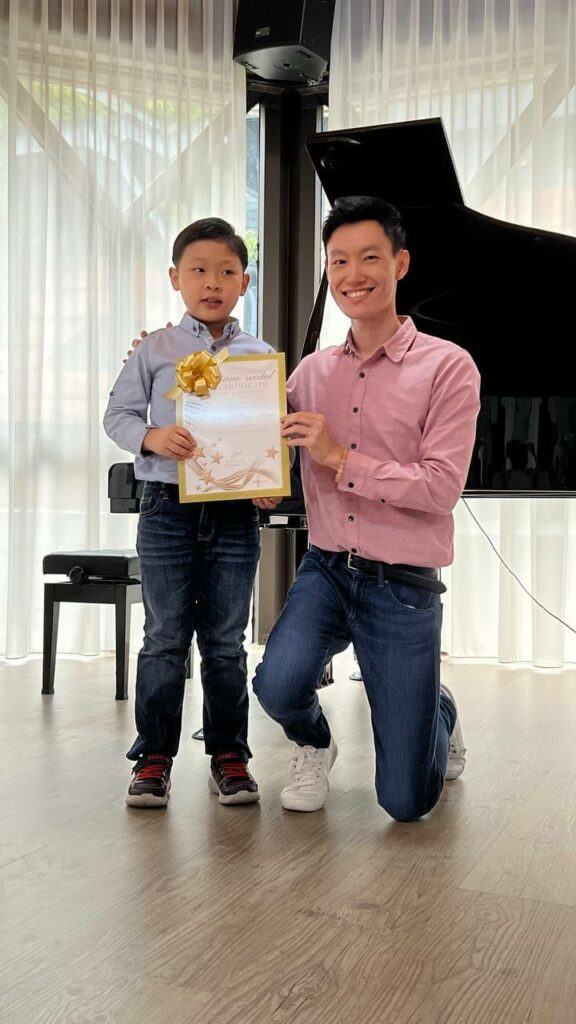 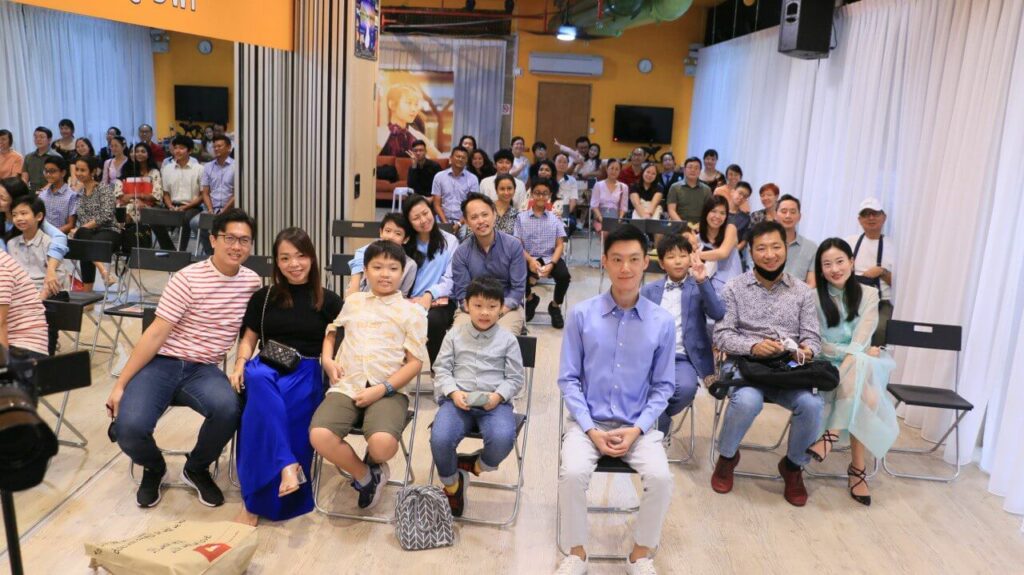 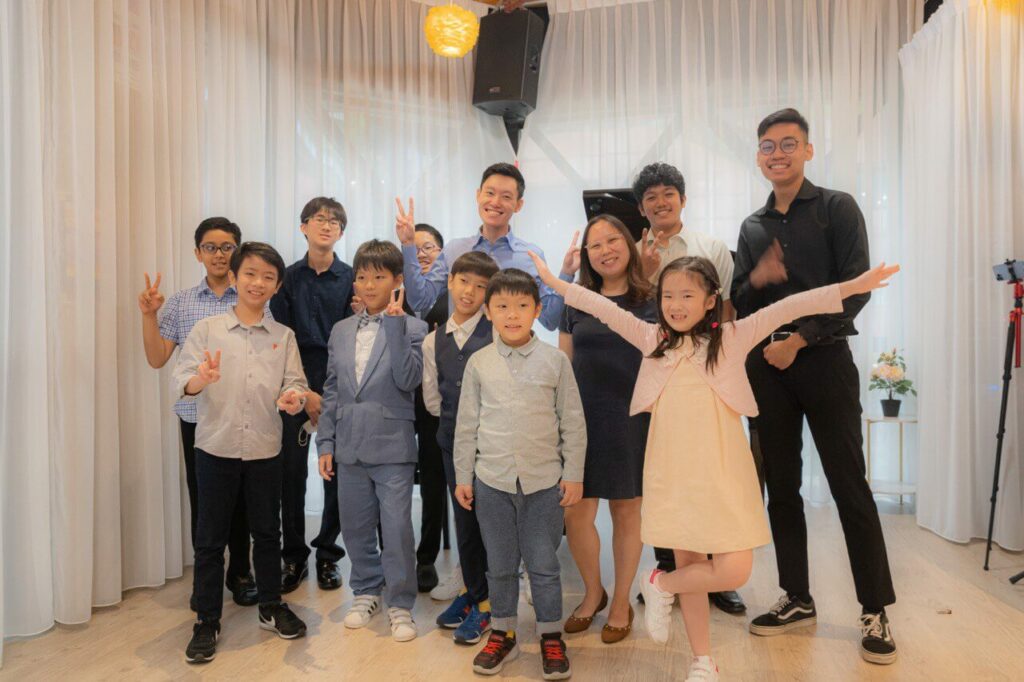 Mr. Jay participated in Nanyang Piano Academy as an advanced artist in 2019. He was under the tutelage of Prof. Nigel Clayton from the Royal College of Music and had many performing opportunities. 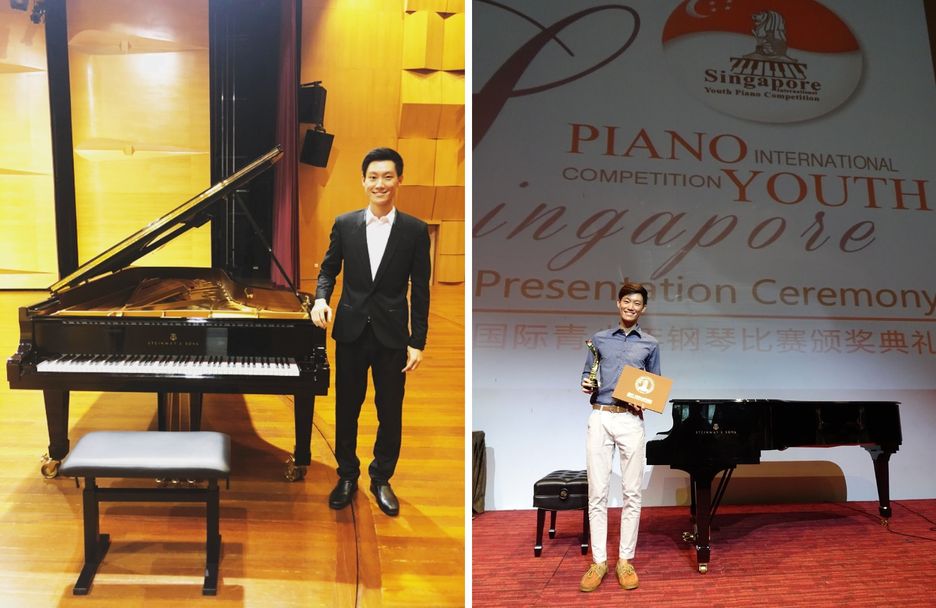