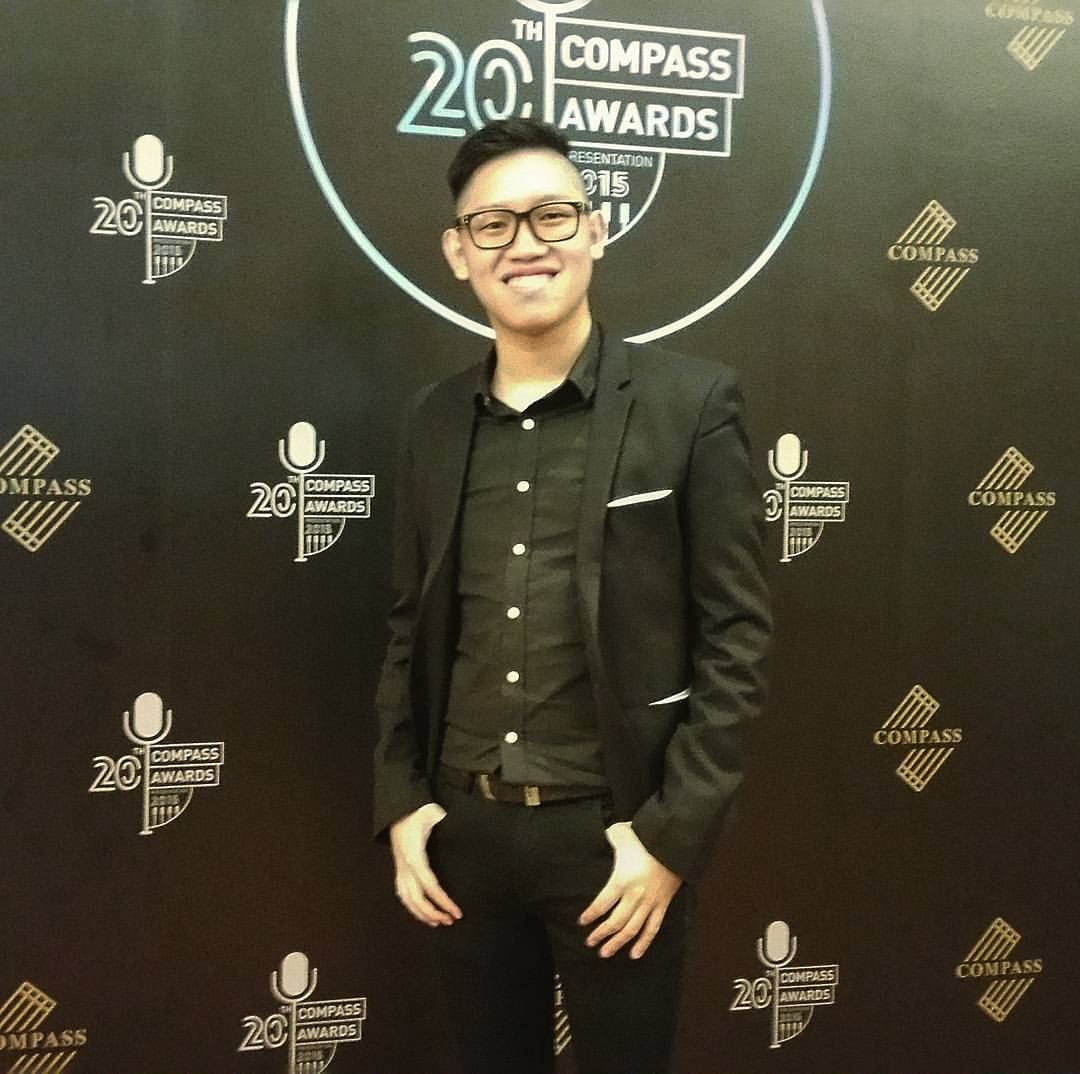 A versatile musician and music educator, Stephen has been teaching piano and keyboard for more than 7 years. He graduated with a Diploma in Music student in the School of Music (SOM) – Nanyang Academy of Fine Arts (NAFA), majoring in Piano Performance. He’s currently teaching piano full-time. 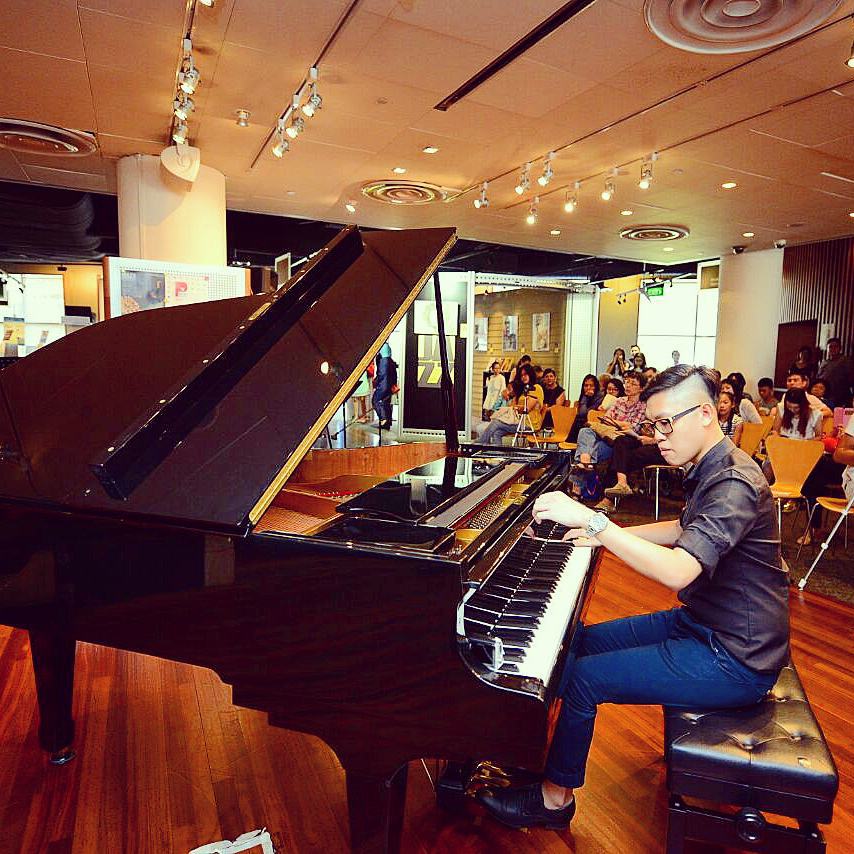 Stephen began his musicanship training with classical piano at the age of 5, which he took graded classical exams (ABRSM) to Grade 8. At age 18, he realized that the process of music making should not be limited to solely notation and reading of notes from a piece of music sheet.

It can also be creatively created once you have accumulated a vast knowledge of chords “library” and through improvisation or usually people would call it as the “play by ear” method. This led to the beginning of his career as a versatile musician who can be an all-rounder in various musical genres, such as Classical, Jazz, Pop, etc.

Gradually he began to develop interest into another aspect of music, which is music composition and pop songwriting. 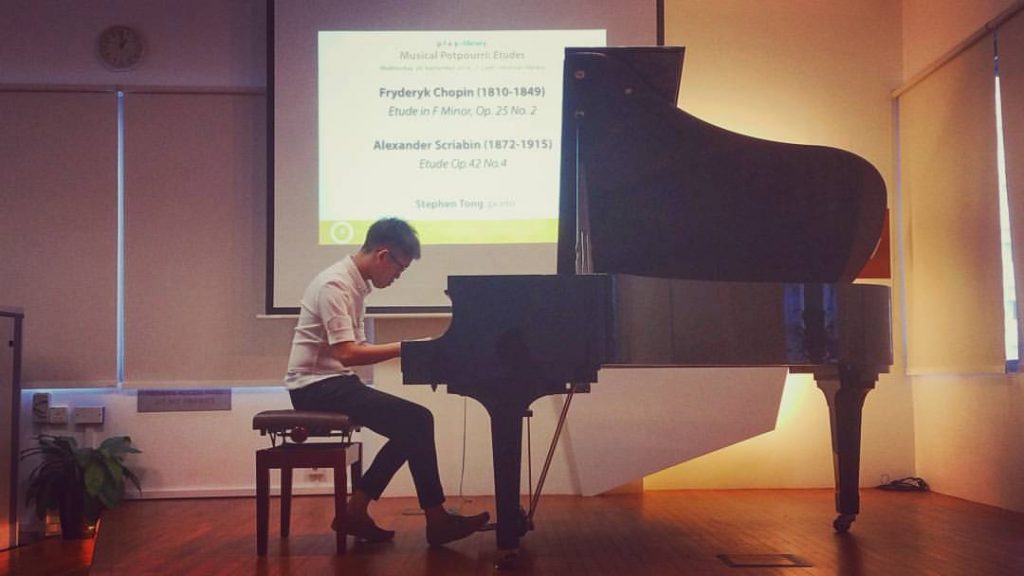 In year 2013, he was awarded the opportunity to further his training and achieving a certificate in Music Composing, Songwriting and Music Arranging in local record label, Ocean Butterflies Music, with a grant from the Media Development Authority (MDA) of Singapore.

Through the six-months course, Stephen was able to reinforce his knowledge in various songwriting techniques used mainly in today’s commercial pop songs and also to pick up arranging and producing skills through the use of technology.

Some of the music professionals and experts that he has learned under includes one of the most influential figures in Asian Chinese-Pop music industry – Songwriter-producer Billy Koh, local acclaimed music arranger/producer – George Leong, Singapore’s own music duo – Jack & Rai, local prominent session guitarist – Daniel Chai, and many others. 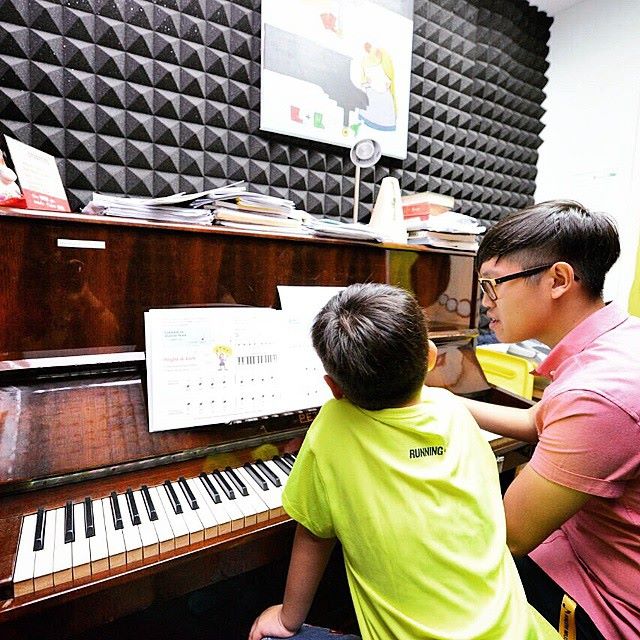 Having to possess an extensive experience teaching in numerous music schools/centres, Stephen had conducted both group and individual classes with students ranging from age 4 all the way to age 70. So far, Stephen has managed to deliver 100% passes for all his student’s graded exams.

“I like how Mr Stephen teaches me songs that i want to learn. He always makes it seem so simple whenever he plays by the ear and it gives me so much more motivation to do better.

He tries his best to customise the playing style to fit your needs and the song which makes things a tad easier at times.

I have been with Mr Stephen for quite a period of time. I was totally a beginner at the start so he taught me the basics with a song. From there, i slowly moved on to harder playing patterns.

Overall, Mr Stephen’s classes are always enjoyable and there is always something to learn each lesson. I am glad i have him as my teacher.”

“Stephen has been a very patient teacher, he is able to customise the lessons such as to teach me the songs I like, thus enhancing my interest in music. He also gives a twist to those mundane scales to make it interesting.

I find learning the different chords easier and could appreciate playing by ear. Nothing is more satisfying than playing something you like, which I get to do so.

He helps to make mundane stuff less boring, and he has been very patient with me unlike my previous Teachers :)”

Teacher Stephen is encouraging and patient too. My child’s theory has improved a lot, and now notes reading is so much faster.”

The duet playing with Teacher Stephen has encouraged him in performing, making it more challenging.”

“Aaron said he likes for the fact Teacher Stephen can answer any questions he asked, he has a nice personality, and he knows how to teach well. He has improved a lot since the last time he had classes from previous teacher (2-3 years ago). I think Aaron like the way Teacher Stephen teach him therefor he feels relax every time he has lesson.”

“Lessons with Stephen is structured, attentive and livelier. Not just theory but we can also learn the songs that we like. From an ignoramus of music to someone who can now read a score and play a few songs within 10months time. Stephen is able to answer all my questions, patient, able to spot my weaknesses so that I can get things corrected and do better.”

“I can go about at my own pace yet Stephen provides enough challenges for me to improve. I am now able to play songs decently and read musical scores. Stephen has helped me focus on my weak points so that I can improve my playing.”