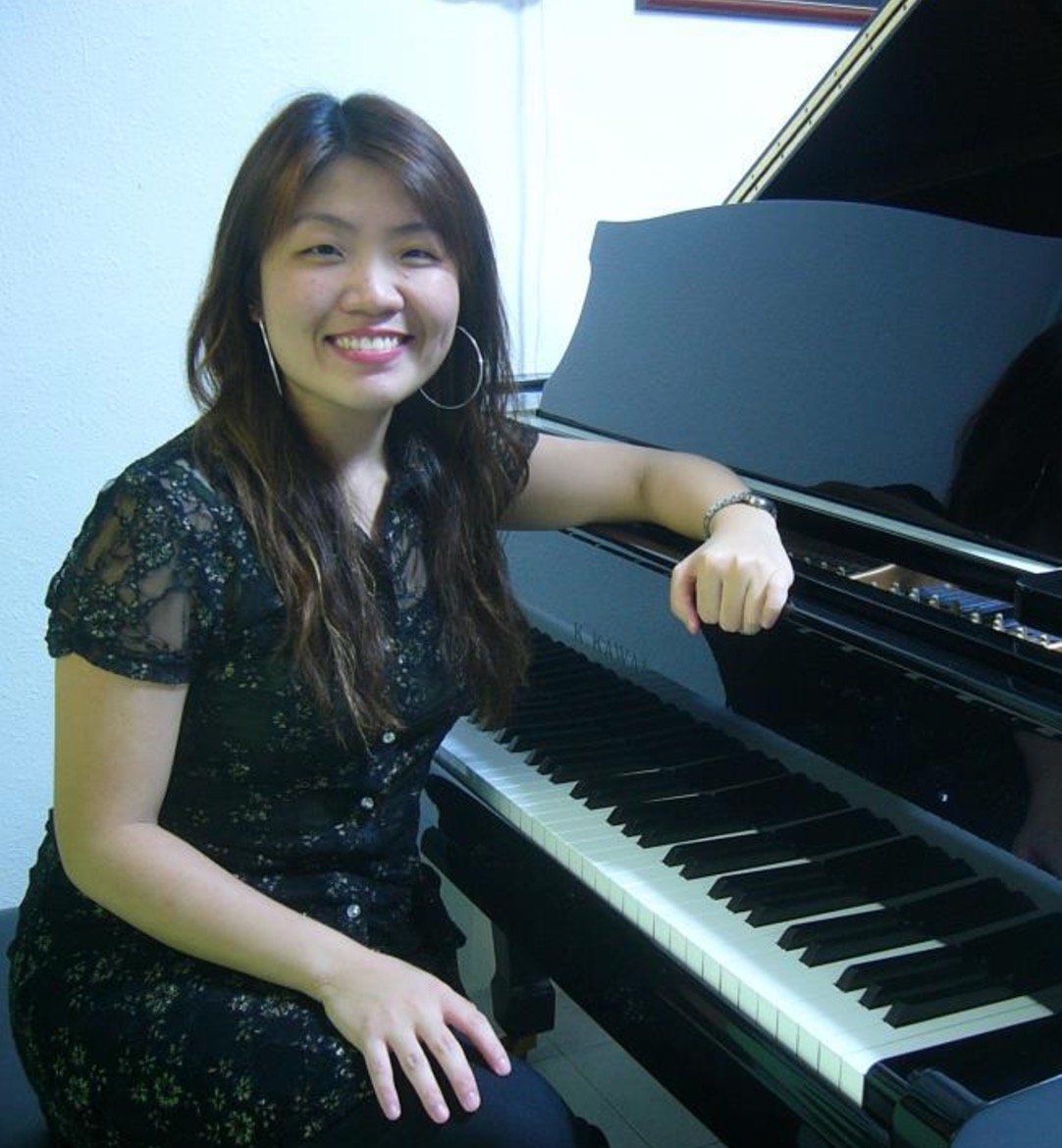 For the past 18 years, Ms Anna Koh has been teaching piano and theory lessons for advance students up to diploma levels, as well as intermediate students and beginners as young as 3 1/2 years old.

She started her piano teaching career since 1999. Ms Anna is a member of the Singapore Music Teachers Association(SMTA), Piano Teachers Circle and Trinity Teachers’ Coterie. She is very passionate about her hobby which became her full-time job.

This experience and journey has been a fantastic one that is absolutely very rewarding and satisfying. To be a friend and mentor to her students from all walks of life, allows her to share her life experiences with them and they sharing with her their ups and downs, to see them grow up and become young adults has indeed been an amazing journey for her. 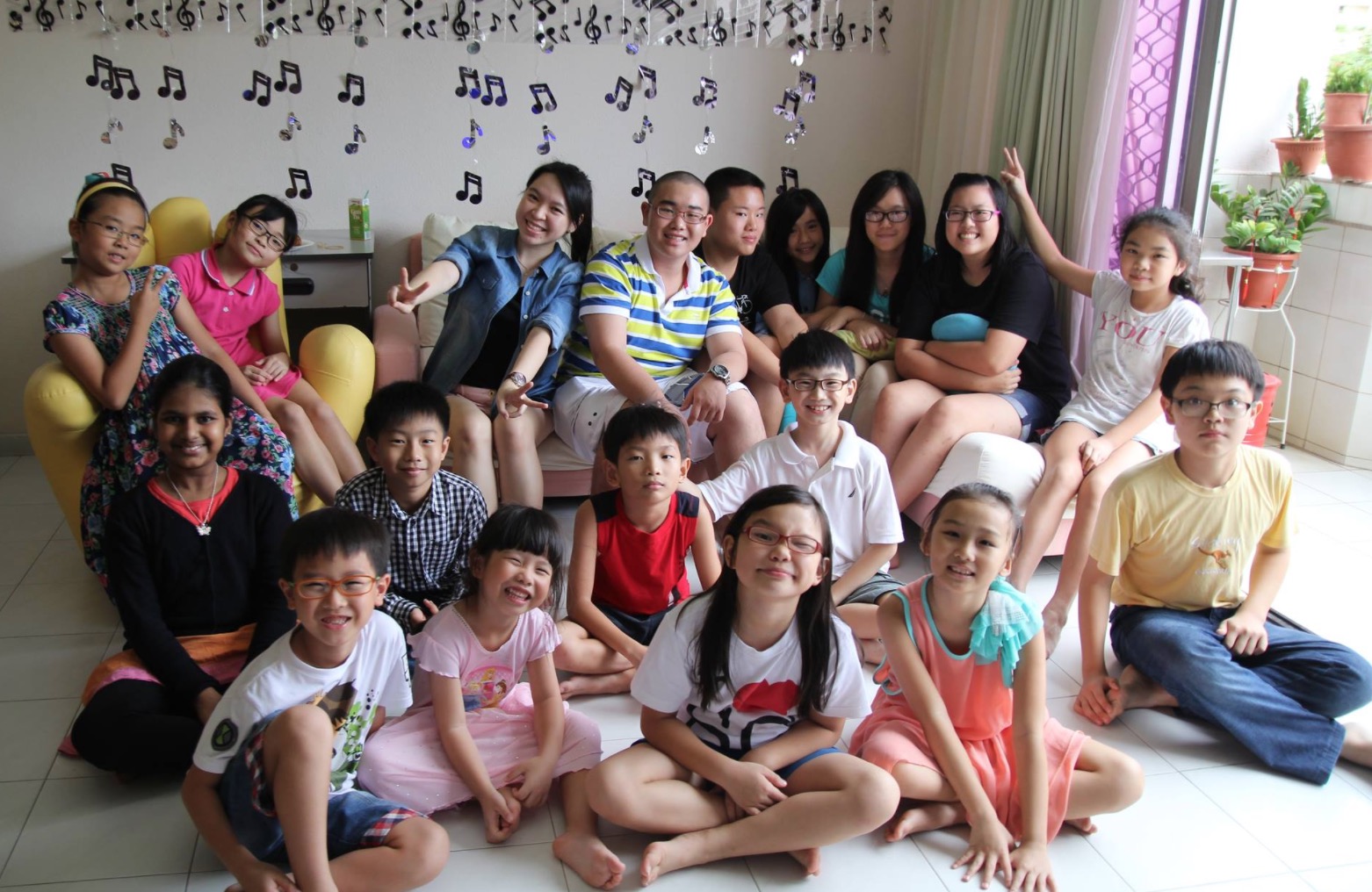 “To me, Miss Koh wasn’t just a piano teacher, she was like a Sister that guides me, wants the best for me, and not only teaches me piano but also tells me more about life”

I was with Miss Koh ever since I left music school to have private lessons. Thinking back, it has been a decade long. To me, Miss Koh wasn’t just a piano teacher, she was like a Sister that guides me, wants the best for me, and not only teaches me piano but also tells me more about life.

The reason why I could finish both grade 8 theory and practical was not just reliant on me but the support of her and my parents.

She once shared with me that all the steps on doing theory questions are what she came up with herself and i’m thankful that she adjust her teaching methods to suit our individual needs and learning capabilities.

From this, I could tell that she treats her students sincerely and genuinely and does not take her work as “just a job” but truly wants to share her passion for music with others.

She produced numerous outstanding students throughout her 18 years of teaching and I’m thankful that because of her, I managed to get a distinction for my recent grade 8 theory exam. She’s indeed a teacher and a friend hard to come by and I treasure the relationship we forged throughout these years.

Ms Anna graduated and was awarded the highly sought-after Associated Board of the Royal Schools of Music LRSM in Piano Performance, London, UK in 2001 and the AMusTCL Diploma Music Theory from Trinity College Of Music, London, UK in 2001.

She was a recipient of the Prestigious Hedy King Robinson Award for achieving Distinction in Grades 6 and 8 Music Theory in 1999 and also graduated from Yamaha Music Academy Singapore with Distinction in Piano Teaching in 2001.

Ms Anna was the pianist for Temasek Junior College Choir Performance in 2003 – Reflections IV Wish Upon Dis Star. She won the outstanding Performer’s Award for Creative Category of Piano Festival at the Young Musician Society in 2003, and was the piano accompanist for the American Women’s Association Choir Performance at Victoria Concert Hall- An American Salute in 2005.

“The useful exam techniques she taught me allowed me to perform beyond my expectations and attain my Grade 8 Music Theory from Grade 5 in just 6 months!”

Learning music theory from Ms Koh was an enriching experience and a really enjoyable journey. As a passionate teacher, she certainly inspired me to strive and do my best in music.

The useful exam techniques she taught me allowed me to perform beyond my expectations and attain my Grade 8 Music Theory from Grade 5 in just 6 months! Really grateful for such an encouraging teacher!

Ms Anna has been actively involved in music teaching for 18 years and conducts grades 6-8 group theory lessons and enjoys nurturing children as young as 3.5 years old.

She is also an effective and productive teacher in individual tutoring. Most of her piano & theory students obtained Distinctions & Merits in their ABRSM music examinations and were winners of the Prestigious Hedy King Robinson Award for scoring Distinctions for ABRSM Grades 6-8 Theory Exams from 2003-2010 and 2015-2017.

“Because of her faith and belief in me, I am proud to say that i DID pass my final grade 8 practical exam with flying colours in the Aural section!”

This is from my personal experience with Ms koh: I recall when I first started learning piano where my parents had originally sent me to a music school to attend a group piano class at three years old.

The teacher was fierce, unsympathetic and left students behind who weren’t able to catch up with her pace of teaching. As such, I was full of fear, hesitation and misconceptions about music when I had my first one-on-one lesson with Ms Koh.

She was very patient and full of understanding as she went through and corrected all the misconceptions that I had originally learnt from the previous teacher.

Despite my slow learning, she never once gave up on me and was even willing to patiently explain a theory concept more than five times until I was certain of it. For that, I am sincerely thankful and grateful to having such a wonderful teacher as she was to me.

Despite my growing passion for music, I was sadly terrible at singing and conquering those horrid aural tests that every candidate has to go through during their piano exams.

Even after attaining grade three, I was still unable to sing more three notes without one of them going off-key. Yet Ms Koh never once gave up on me in frustration. If I couldn’t comprehend how to get there by technique A, she would go the extra mile to find a technique that i could make sense of even if it took ‘technique Z’ for me to grasp it.

Because of her faith and belief in me, I am proud to say that i DID pass my final grade 8 practical exam with flying colours in the Aural section!”