The Symphony Of Life, An Essence Of Piano Playing

Playing the piano is a practice of the whole being. Not just the physical but the mental and emotional. It not only brings you to a higher awareness of the present, it also connects your mind to the physical.

Many kids in Asia go by the exam route and in a way it helps self development too if you take it as a performance opportunity. Performance requires a different mind from the one you have when you are alone at home playing for yourself. 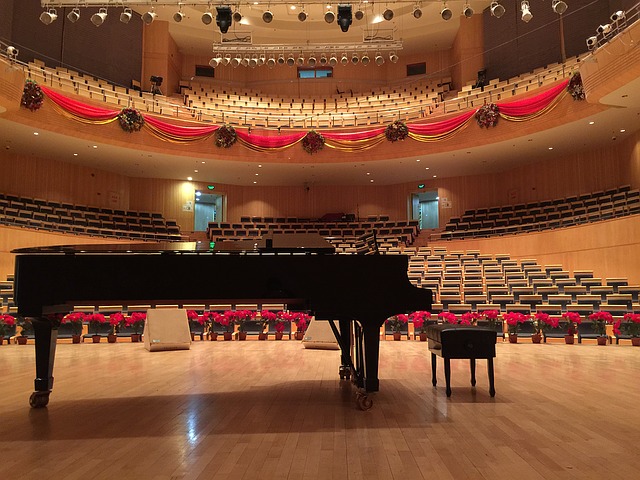 Your mind can suddenly go blank and the notes can suddenly look like foreign language on stage. It’s not just about stage fright but you are at your rawest and some teachers hold performance classes to get a clear idea of where and how to go on from what they see when you play in front of an audience.

Fitness also plays a part in piano playing. Usually I find out if a student does any form of sport to determine if he or she has been exposed to coordinating the body with the mind.

The mind may want the finger to go down but there are cases where the finger can’t listen fast enough. It usually gets better as the reflexes are practised over time and connections are established.

Stamina is also required if you want to breeze through thicker Beethoven Sonatas which are written in greater intensity in speed and volume.

Lazier pieces may take less from you but usually preparing a repertoire requires you to showcase qualities like technique and energy so including some heavier pieces will get you a higher leverage. Think about concert pianists who play continuously for sometimes half an hour before an interval break.

Mood and character control, recognition and understanding is also a big part of piano playing. How many times do you play pieces from different periods- Baroque, Classical, Romantic and Modern, one after another?

You will need to take a pause to switch from a simple child-like Mozart Classical number to a passionate Beethoven late work or a romantic Chopin Nocturne. This switch requires mood control.

Through the pieces, being sensitive to performance directions on the score brings more colour and depth to an otherwise flat piece that can sound like a midi clip easily played by a computer. 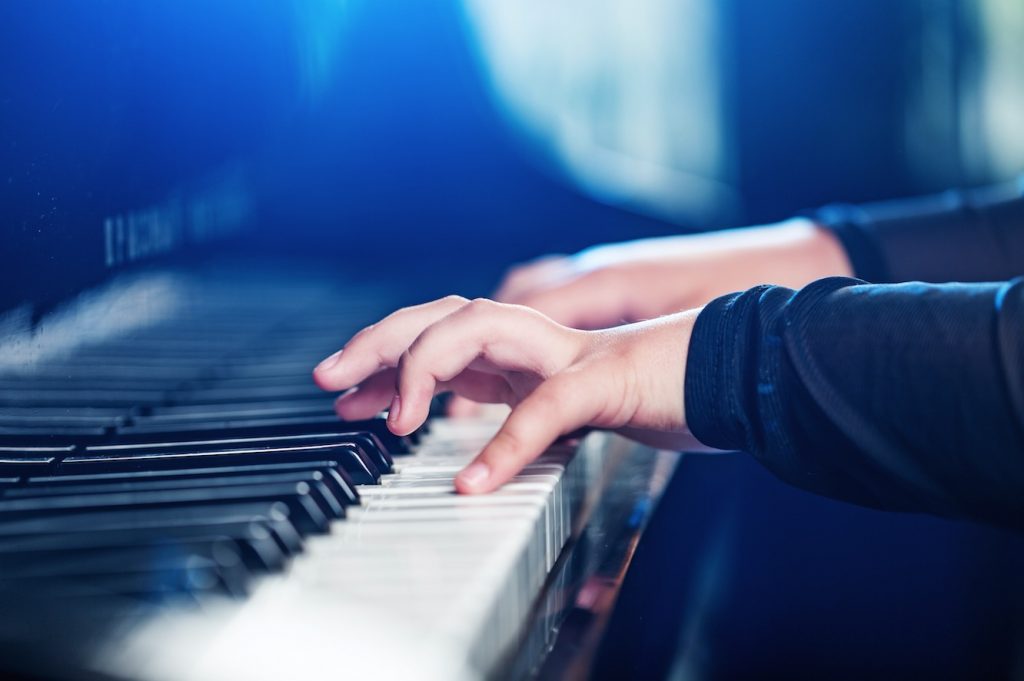 Using the hands, fingers, arms and shoulders do not come naturally for most people and so having piano lessons help you greatly in your piano playing. It’s only one thing to be able to read the notes and know what to play. You need to know how to physically achieve the leaps, touch and speed.

This is difficult to explain by writing, though pictures may help, but there are so many stylistic patterns in a piece that require you to use your arms and fingers in such different ways that only a teacher will be able to demonstrate and correct you at each part, so that you can play the entire piece properly.

You may have seen how pianists seem to use and position their fingers effortlessly but it takes conscious effort and a lot of patience. It definitely becomes more a part of you as years of playing go by.

To use the weight of your arms, you need to drop them from a height and that visually conveys the kind of movement in a wild torrential ocean.

Playing the piano is a very exciting and rewarding endeavour and it grows and changes with you as you move through your child, teenager, young adult and mature adult phases of life. Ask many people who play the piano and they tell you how different it is to them to play a piece they learnt as a child.

Life’s experiences deepen your emotional interpretation of works and so the same piece may speak to you differently. Thus it is rare for a sheltered child to be able to play a Russian piece well because as you know, Russian composers tend to have a hard bitter perspective to life.

I invite you to make piano playing a part of your life and see how it influences the approach you take to daily living. 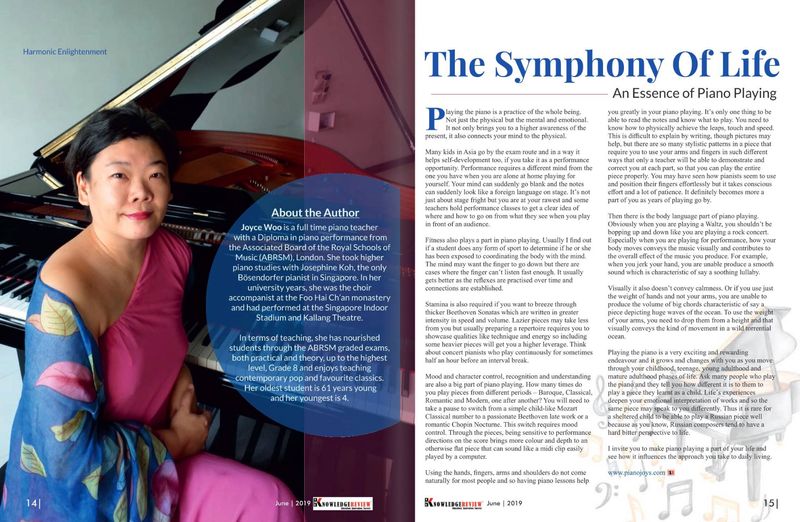